Bootstrap vs. Foundation – Which Framework Best for Your Project?

Basically, wherever you go in the entire world neither online nor offline, naturally you have to choose one thing between two same things. It’s totally true because things depend on your psychology. That’s why sometimes we’re falling in at a loss condition. After all when we’re trying to reach our mind tool, yeah they say both of them are productive.

In these days web design in responsive style is going through a must situation. Because here you have to be trickier to build your design compatible in all screen size. That’s why front-end frameworks made this easy structure to raise your dream in perfect pixels with minimum effort.   Along with these two most powerful frameworks, Bootstrap is the most popular and foundation 5 is the most advanced responsive front-end framework respectively for developing responsive website.

Foundation as a developers view, it is advanced and basically used for the frontend of a website founded by zurb foundation. Elements of Foundation 5 have been given a fresh coat of paint, CSS/SCSS is currently simpler and easier to override. Adjust with accessible block grid, interchangeable options, rapid prototyping and no difficulty with the speed of customization.

Bootstrap on the other hand is the most popular prototyping responsive framework by twitter. Bootstrap creates to be continued system to the developers and designers to develop website through an easy way. So get dressed with bootstrap to ensure your first mobile site with most popular CSS preprocessors, less and Sass. For better understanding, you will get beautiful extensive documentation for common HTML elements and flooded with awesome Jquery plugins. Now it’s your choice to decide.

You don’t have to start from a scratch position to know which one is good for you. In this topic I’ll cover up a few important things that you should know before using these two front-end frameworks. So at the end of this post you will know the actual formation and hope you’ll choose your better area to explore with pixels. Shall we go further? Yeah, I got a reply with a yes. Let’s dive.

Already there’re too many websites contains lots of writings about grid structure but now I’ll show you few main facts regarding, Why you choose your grid structure on Bootstrap or foundation 5 to build your desired web design structure?

With the grid system a designer can easily build a prototype of various layouts. At the outset this grid system was got its name by the foundation. The foundation has been consistently somewhat ahead of the curve; it was the first massive structure to go responsive furthermore the main huge mobile first framework for a time to time.

Besides all of this, Foundation has own specific grid structure, it’s called “Block grid”. Actually block grid is a perfect handy tool for the designers for perfectly divides the unordered list into the grid structure. Foundation conjointly makes a breeze to quickly collapse columns also take away gutters due to the collapse category. Alternately, you’ll minimize center columns by applying the middle columns syntax.

However, at this point Bootstrap additionally has these features in set up.  The syntax structure for making grids  can be somewhat distinctive, so this is a area where individual preference may become a fundamental factor, however its anything but difficult to make balanced code snippets that do almost the same thing in both structure.

Both frameworks come with a default grid system where you can totally customize code with less and sass. On ther other hand It’s somewhat called flexible and predefined grid. In the bootstrap there is a breakpoint attached with the default grid. That’s why, when you call static- sized widths and it’ll close by verifying the limit of the viewport. If they use the class instead of row-fluid then all width depends on the giving percentage.

Basically before sizing the units of a layout, every designer must calculate the typography, width, height and anything more. So in this case bootstrap depends on pixels and foundation relies on rems, here the difference comes, both of them are able to produce same result. But the conflicting session occurs because mostly of its personal preferences.

Just think about the two terms pixel and rems. In other words, pixel is widely used by the graphics designer and to the newbie’s also. But in my opinion, rem should be your choice, because rem is a relative unit and it helps you to think the design in term of proportions in this responsive world.

On the other hand pixel is an absolute unit can deliver same option respectively. If you’re a fan of bootstrap, you can feel free to use it. While you use pixels, you’ll have to particularly set the actual set of components and nested elements on each target device. So choice is yours and it’s absolutely depends on your workflow. 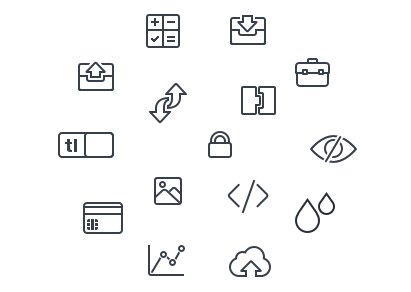 Before using any framework, we have to take a close look to it. Every framework comes with variation of pre-built components. And this will help you to make solid difference between the two.

The advancement of Foundation bring forth by the built in form validation named Abide. It’s quite different from bootstrap and by all means it depends on the personal preference of the designer. Another feature is called Interchange and mostly unique to the foundation. Basically it confides in the queries of media and help different browsers to load responsive contents. It also comes with off-canvas navigation, Right-to-left support, pricing tables and tours.

In that case on the basis of standpoint designers thought, Bootstrap comes with perfect combination of complete features. These features are enabled with pre-built bootstrap environment that efficiently cover up every designer with the objective of building perfect website with their choosing theme. Depends on the productivity matters, bootstrap will be your best framework choice and roll out instant improvements with certainty. 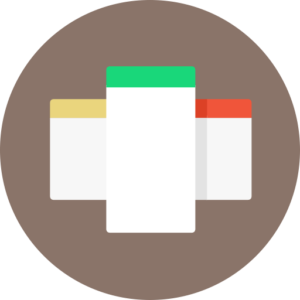 In terms of gaining ability to customize theme in your own style sometimes varies on visual customization. Here each and every frame hinted by their name. Although bootstrap offers you everything to set up a site like a pro but foundation will provide you only a better customization environment.

By contrast with Foundation, it has a default visual form that defines how your browser would look with it. Consequently, it’s a tad simpler to pull and shape into added individualized as well as exceptional design look.

Along With Bootstrap that allows designers customizing ability, here your websites be likely to show as though they were made with Bootstrap frame. You can convert this in the default Bootstrap look. If you want to spend some time with custom styling either add a theme or designing. Just go through the deep inside of it. I hope you’ll not dishearten

In my opinion both frameworks are already grab their position to the mind of developers and it is impossible to say which is better. But personally I prefer Bootstrap because of its quick prototype application screen, unbreakable layout and less JS bugs. And generally I have enough time to work as well as customize when i working on websites. Bootstrap components of is just like a library that help you to design or develop in any platform with a responsive outlook.

After all it’s a sensible question to ask anyone, now which framework you find most helpful? Just think yourself not opening the frameworks in front of you. It’s not too difficult to find what the best option is. Though In recent years both frameworks are surprisingly helps lots of developers and lots of clients to reach their specific needs to get extra benefit. It’s only depends on their ideology to choose a better option to build something special for client or personal purpose. Dear readers think, According to Bootstrap 3 and foundation 5, they are at the same building but they requires different natures or features and try to prove themselves they’re better.